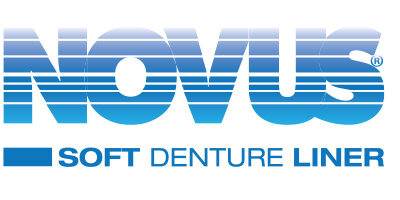 WILMINGTON, Delaware, September 15, 2015 /PRNewswire/ —
Owner of the Novus™ brand, White Square Chemical Inc. targets significant sales growth with updated product and sales channelsWhite Square Chemical (WSQ or the Company), a specialized materials technology company whose primary business is the manufacture and commercial exploitation of PNFTM (polyphosphazene
technology), a specialty polymer, has today confirmed that is has terminated an existing distribution agreement for its lead product, Novus™ a PNF™ based denture liner, and that it has put in place its own distribution system to cover the United States with plans for further expansion into international markets.

Novus™ http://www.novusliner.com is a long-standing and proven FDA-approved denture liner that WSQ intends to commercialize through a series of investments and partnerships.

Commenting on the new distribution strategy, WSQ CEO Nick Hawkins said: “Novus™ has been a well-known and effective dental liner that has been performing well below its market potential for many years. WSQ has over recent years developed a proprietary process for the production of the base polymer aimed at guaranteeing a consistently high quality product with robust supply from our facility in Woburn MA. We are now replacing the previous distribution network so that we can ensure that this money-saving denture liner, which has significant practitioner and patient benefits, is reassessed by the market and can become the industry standard in the coming years”.

The Novus™ advantage – Comfort and Financial

In the United States over 6.5 million new denture arches are fitted annually.

WSQ is focused on promoting Novus™ as a primary health care tool to address a historic issue with denture discomfort by providing an effective, long lasting cushion between the traditional hard acrylic material from which the majority of dentures are manufactured and human soft tissue and the alveolar bone. In addition, Novus™ has a proven ability to reduce the incidence of bad breath resulting from bacteria build-up.

Nick Hawkins added “Novus™ is a win-win both in patient comfort and care and in the economics throughout the system. On average, a dentist may schedule up to three additional, non-revenue producing appointments after delivering the denture to the patient before the patient is comfortable. As a result, dentists across the United States lose approximately $1.8 billion in billable revenue every year. Given the inherent durability of the product, Novus™ also comes with a five-year warranty, which could also save patients and their insurers a total over $5 billion a year. These figures, allied to the improvements that we have made at Novus™, are a clear signal why our customer base of dental laboratories is showing consistent and increasing growth and why some of the largest denture manufacturers in the United States are now showing such interest.”

Novus™ is a PNFTM based denture liner. PNFTM is made from dichloropolymer (“DCP”) and is an inorganic polyphosphazene material. The material was manufactured and sold in the 1980’s and 1990’s. PNFTM based products were originally developed and manufactured on a commercial scale by Firestone Corporation with US Department of Defense funding. Novus™ was developed with a National Institute of Health grant and funding. Hygenic Corporation first commercially introduced the product into the international dental market in the late 1980’s.

WSQ’s goal is to monetize its technology business by creating a continuous revenue stream based solely on DCP and PNFTM based products. Once an application is commercialized, WSQ http://www.wsqchem.com will form partnerships with strategic companies who specialize in the sector for which the PNFTM application is created. The Company has identified, and will bring to market during the course of 2016, other PNFTM based applications that were previously commercialized and have near-term cash generation profiles. In all, there are some 700-patented or identified applications for PNFTM, which are stranded because of a lack of commercial scale manufacturing. These applications extend into the world of aerospace/defense, oil and gas, energy (lithium ion batteries) and biotech. WSQ is based in Wilmington DE and is managed by an experienced management team.